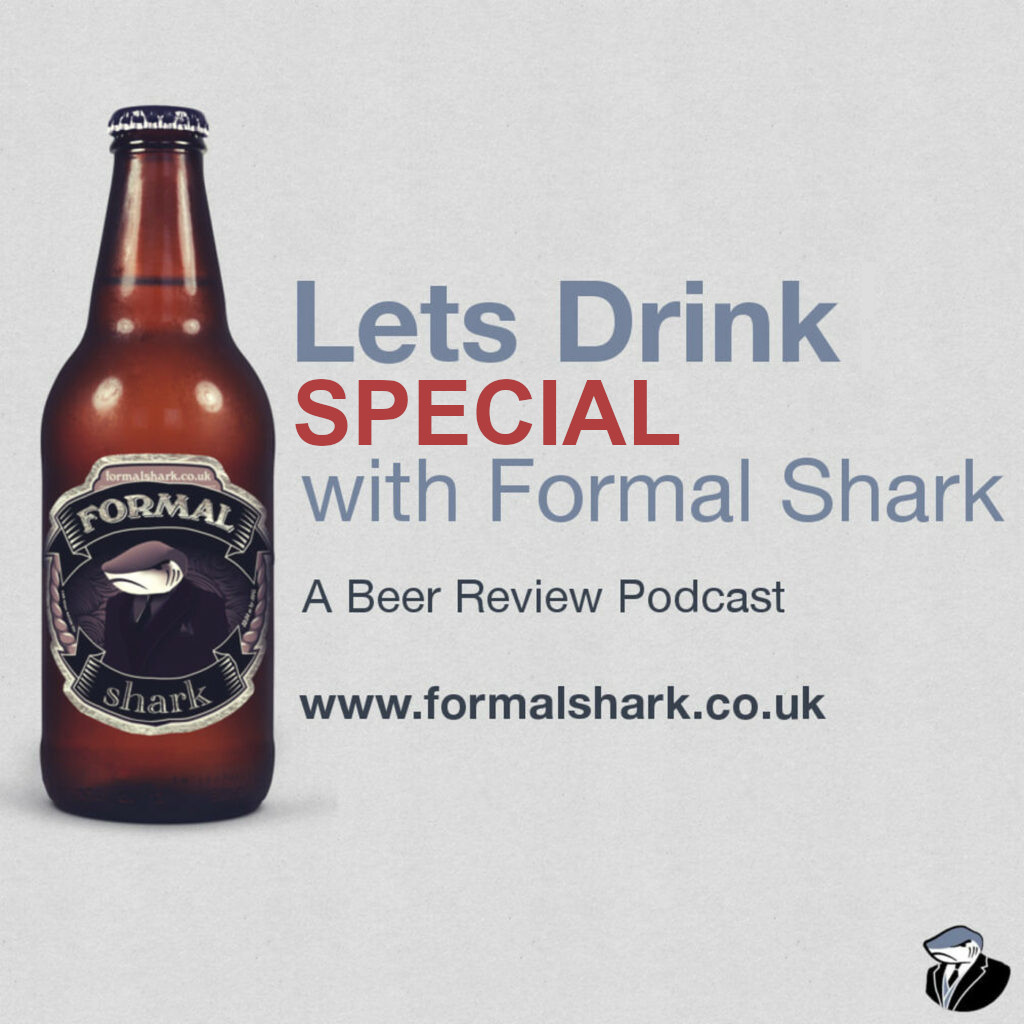 So we made our first serious podcast on a serious subject. We want you guys to do your own reading and form your own opinions on the matter, we are not journalists or anything. Just two guys that got interested in a subject. We would rather you disagree with us than blindly follow every opinion we have. At the bottom of the page is all the research and sources.

This aims to be part of a debate and as such, please feel free to send us messages via Facebook, Twitter, Email and Carrier Pidgeon, we will try to respond to all messages and pop them below etc.

Why we did this show?

Phil loves writing letters and emails to people. it is almost a hobby of his  “People bitch about things all the time, but rarely contact the organisations themselves,  as citizen it is our place to make sure organisations and governments know how we feel,  I probably never had the answer but hope I always add to the debate or even started it, we can all change things for the better”. Phil wrote one of his emails to the Portman group.  This then sparked more reading and interest in the topic.  The debate was very polarized and in echo chambers. How the alcohol industry is regulated is very important scrutiny of any self-regulating body paramount to a balanced system.Portman Group Show – Formal Shark

We are not in any rush to do another show like this but if a subject arise that we can add to the debate then we will. The episode meant a great deal of research, writing, preforming and editing. We are not presenters or journalist and had to quickly develop new skills, We have new found respect for those that do real journalism.  Although tuff we are found the hold process fascinating

Did we change our view point?

In all honesty, we more confused than ever over self-regulation. It will be a hot topic with us at Formal Shark HQ when we had a jar or two, for some time. We will be following any research, debates and opinion pieces with some interest in the future. One view that we have strongly is everyone has been lovely to work with, we like to give a big positive shout out to the Portman group that knew we were scrutinising there work and yet where extremely helpful .

Welcome to this special edition of lets drink with formal shark. In this episode we are going to look into self regulation of the alcohol industry and how the portman group plays its part.

The work of the portman group has once again been in the public eye after a complaint by a member of the public, the group ruled that the Tiny Rebel Cwtch can breached its packaging and marketing codes. This sparked a debate on social media which resulted in one of our hosts (hem Phil) sending a very opinionated emailed to the portman group.

We wanted to discuss the matter on a podcast and thought we would send them an email expecting nothing back which would mean we could have said in the discussion that they failed to comment.  However that did not happen. The resulting communication with the portman group resulted in this podcast, giving us some actual serious work to do.

We believe in full disclosure and honest transparency so we will lay out now, incase you don’t already know, we are massive fans and champion craft beer in general. We are also massive brewdog fans, so much so we are equity for punks, although we’d be lucky if we both own a nut in the brewery but we do have a vested interest.

Now for the actual serious section.

So what’s the crack about portman group?

The Portman Group the responsibility body for the drinks producers in the UK which is funded by ten member companies, that include AB InBev, Carlsberg, Heineken and MolsonCoors.

“They recognise that they have both a responsibility and a major business interest in reducing the harmful use of alcohol and have pioneered a number of innovative initiatives to educate the public about responsible drinking. These include unit labelling, the widespread promotion of responsible drinking messages and bringing about the creation of Drinkaware, an independent charity, which is now the main source of consumer information on responsible drinking. Portman Group members continue to provide significant funding for Drinkaware’s education and campaigning work.The Portman Group believes that a targeted approach with a focus on education and prevention is more effective than blanket controls in tackling alcohol misuse. Alcohol harm reduction measures should target the minority who misuse alcohol rather than the majority who enjoy a drink responsibly”. [1]

They have a website full of free resources and training for anybody working in the industry and offer support and advice to help business stay within the rules that they set out.

So are they good guys making sure the alcohol industry is responsible?

Well not everyone agrees books like A Quiet Word: Lobbying, Crony Capitalism and Broken Politics in Britain writes “the parallels between the work of the alcohol lobby and the tactics employed by tobacco and sugar are striking, these include undermining scientific research that threatens profits, positioning themselves as responsible business and shifting responsibility onto individuals rather than the government intervention” [2]

The Independent on Sunday back in 1994 revealed that the Portman Group was at the time secretly paying academics £2,000 each to rubbish the conclusions of an alcohol report compiled by Griffith Edwards, Emeritus Professor of Psychiatry at the University of London. [3]

And it’s not just way back when, in as recently as 2017 The Guardian newspaper ran a story about the drinks industry downplaying links between alcohol and cancer, The Portman Group and Drinkaware are among those accused by academics of obscuring heightened risks of cancer in drinkers “It’s extremely worrying that the UK public are not being given independent, honest information about the health risks associated with drinking,” said by  Katherine Brown, chief executive of the Thinktank Institute of Alcohol Studies. [4]

Even a former member are not happy with the direction the organisation has moved towards, C&C Group (An irish drinks company) on 4th June 2014 stated that “Sadly the Portman Group has moved away from its founding principles and is now dominated by large multi-national drink companies with an agenda at odds with the wider UK industry. On this basis we feel it’s time to leave.” [5]

However former chief executive, Jean Coussins, rejected any suggestion that the group “represent[s] the industry” or acts as a “trade association or lobby group.”. However many question this, many academics question the independence of the research as well as the policies of the portman group . [6]

Our first email to the portman group was very abrasive with a standoffish opinion based email. So it would have been perfectly acceptable if the group labeled us as loons and arseholes. However they have been very nice to us and provided us with lots of resources and a statement. It would seem they are happy to defend any criticisms levelled at them.

Finding information on the portman group that is not on their own website is rather hard, especially positive articles that are not just stating their own research, this could just be that the nature of the portman groups work is not very newsworthy unless it is something controversial like the tiny rebel case.

So what is this Tiny Rebel malarky?

A member of the public complained that the Tiny Rebel Cwitch beer can wasn’t obvious enough that it was an alcoholic drink and due to the design, it also had a particular appeal to children.

The Portman group put all complaints to its independent panel, in this case it ruled with the claimant.

The statement from Portman Group on their website says “When considering the image of the bear on the front of the can, and its positioning alongside the wording ‘Tiny Rebel’, the Panel agreed that the packaging indirectly encouraged immoderate consumption” and “in combination with the graffiti and swirling primary colours, caused the product to have a particular appeal to under-18s”. [7]

The Secretary to the Independent Complaints Panel, John Timothy said:

‘‘I welcome the way in which Tiny Rebel Brewing Company has engaged with the Advisory Service throughout this process and their commitment to ensure the Panel ruling is incorporated into wider work to evolve the brand. While it was clearly not the intention of the producer to promote immoderate consumption, even indirectly, companies have to be extremely vigilant around themes that could be attractive to young people, particularly when designing 330ml cans which, in the UK, are traditionally associated with soft drinks.” [7]

“We [Tiny Rebel] would never have thought that one member of the public, an Industry body funded by the likes of ABInBev, Carlsberg & Diageo and a complaints panel made up of 10 people can cause this much damage to a brand. But in the words of RUN DMC, it’s like that and that’s the way it is”

“One thing we should point out before anything is that we can’t just ignore it – In a memo to the House of Commons Health Select Committee in 2009, the Portman Group stated that the code is “self-regulatory and…therefore sometimes referred to as “voluntary”. This…is potentially misleading…Compliance with the codes is mandatory; there is no opt-out for any drinks manufacturer.”

“The facts are: we communicated regularly with the Portman Group over the past 5 months and actually found them to be an alright bunch, and we obviously disagree with the Panel’s decision, but have to do what they say because they have us over a barrel commercially.”

We recommend reading the full statement as it’s an interesting and informative opinion from a smaller member of the industry.

Tiny Rebel did provide Lets Drink with a written statement.

“Self-regulation is the best option for the industry and we are committed to being a part of that process. It is important not to keep it at arm’s length, otherwise it would be easy to see it as being pressed upon us.

For this reason we must be open, honest and vocal about our perspective. We must make our voice heard if we are to expect it to be taken into account. We will continue to support and contribute to the continuing improvement of the system by highlighting issues we encounter.”

We also received an audio statement from John Timothy, the Chief Executive of the Portman Group.

Statement from the Portman Group

The drinking clutcher has changed for the better in the last 10 years is this a result of the portman groups work? Is the portmans groups failings that people just do not see the positive impact on the industry? It does appear that the portman group has been painted by some as sinsitor lobbying group disguised as nice self regulating body. As an organisation we don’t have the resources to conduct comprehensive  research, however we hope that this episode as collect together some existing data  and opinion and has spark debate amongst the public, the industry and the portman group.